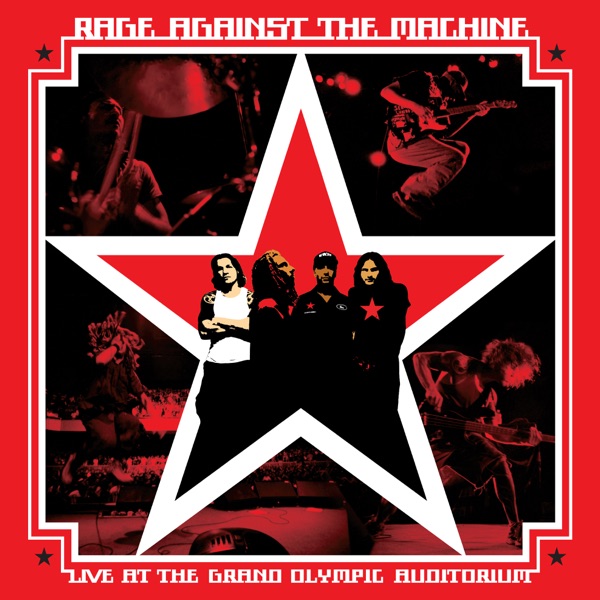 Bullet In the Head (Live)

Born of a Broken Man (Live)

Killing In the Name (Live)

War Within a Breath (Live)

Sleep Now In the Fire (Live)

People of the Sun (Live)

Kick Out the Jams (Live)

Awesome live experience. All the songs are epic. My only complaint is the engineering of the album--the bass doesn't sound as powerful as it should be.

Granted I'm not the world's biggest Rage Against The Machine fan, but I own all of their studio albums including the XX RATM and, of course this Live at the Grand Olympic Auditorium album. And for the life of me I can't figure out just why there are so many 4-5 star reviews for this terrible live album. The sound quality of this is worth a very generous two stars, at best. Truly it sounds like it was recorded in the parking lot a half-mile away. For any casual fan thinking of getting this as a 'greatest hits live' kind of thing- DON'T, instead get the studio albums (The XX RATM has 3 live tracks). All of the studio albums are seminal, legendary discs worthy of 4-5 stars, but this live album DOES NOT do these legends justice.

Rage Against The Machine is hands down one of the best nu metal bands in the world. They revolutionized funk metal and rap-rock/rap-metal. They have a killer bassist. Not only are they amazing and epic, they put on great live shows. I own this album on CD, and am currently listening to it. Tom has a great voice live as well as on a regular album. "Born Of A Broken" man is a perfect song. It's my favorite track off this album. 10/10, buy it.

It's dumb because it's not in the right order I have the video and I've been to the concert it doesn't make sense!!!!!

On that night, the best band playing in the world.....period. A live masterpiece.

Oh my god these guys rock if you say anything diffrent, then you dont like music.

What an incredible album. They rock the f%#k out!!!

This is probably one of the greatest live albums ever to be created. This group is so tight on the stage, it's insane. And how they incorporate the crowd into their music, and switch up the lyrics every now and then, it's just remarkable. Best money ever spent. 5/5.

Though i wasn't at this show, i did attend the opening show of this tour at the Oakland Coliseum and can definitively say that it was one of the best shows I ever went to and I've been to alot of good ones. I still have visions of the entire floor of the Coliseum, literally becoming a giant mosh pit as they kicked up the energy to crazy levels. It's one of the few concerts I've ever been to where I can still conjure up the sensations of how it felt to be at the show just by thinking about it. This album isn't as good as being there live, but it's pretty close.

This is truely an amazing live album. RATM did something that most live acts aren't able to pull off. They managed to bring all of the magic from the original studio recordings without making them sound mechanical or stiff. They put all of the energy that their legendary live shows were known for on record. All of the songs are performed perfectly, although a live rendition of "Wake Up" from their debut album would have just made this album transendent, but at the end of the day, this is the greatest testament to an amazing band. P.S. Reunite, the world needs RATM now more then ever!

God, If this is my last prayer, let it be for a return of RATM. They defined rebels and I think they are way too good to be gone from the alternative scene. COME BACK RAGE!

the songs are even more intense and powerful with the addition of a screaming audience. The album also serves as a kind of greatest hits CD as well considering it has most of the best songs from throughout their career.

Bulls on parade is a great song. I love listening to it.

A above average Live album that showcases all of Rage's best work. Only faults is ocasionally De La Rocha messes up and Morrelo's effects don't always work but other whys good job. They do the rare job of letting you hear the audiance.

I think that this a really great live album and that they perform really good live but its just missing one song.....Ashes In The Fall

Rage is the best when their live.. amazing CD

I Don't Like Live Albums, But This Is The One Exception. I Love It!

This is the best album in the world. These are the best songs compilated together

This is Rage Against the Machine at they're very best, highlights include "Freedom" as well as "Bulls on Parade" unfortunatly they couldn't perform all of their work, and if-by chance-you are a new fan, don't just listen to the established hits but also try out hidden gems such as "Wind Below"(Evil Empire) or "Ashes in the Fall" (The Battle of Los Angles) and "Take the Power Back" (Rage Against the Machine) Enjoy, ROCK LOUD

i like their live sh!t more than all their other albums

This just might be the greatest album and band of all time.

This ablum is great. I can't wait till nov. when their next ablum comes out.

Tis is the greatest live album i've ever heard

As others have stated, this is by far the best RATM album to date. Not only are just about all the hits on here, the sound quality is great. For all of those who were unlucky enough not to catch Rage as they toured in 07 in the U.S., this album sounds nearly exactly like the live show. So crank up the volume and throw your fists in the air!

Dang dude this band is so friggen energetic. I cant wait to see them live. Great guitar, base and Drums. Zach takes vocals to another level. Favs are people of the sun, born of a broken man,no shelterm and bullet in the head. RATM 4 EVER

Rage is one my favorite bands; their political mentality perfectly fit my own. One of the strongest live bands out there, along with RHCP, Grand Olympic Auditorium reflect this perfectly. Certainly the audio is not as crisp as their studio recordings, it is still crisp with, a more raw rapcore edge to it. yTimk's bass has an awesome crunch to it. Morello, as always, wields a guitar of metal doom, slaying the crowd with his sick harmonic power. As I have stated in earlier Rage reviews, Zack has the perfect vocals for this band; he is arguably the best emcee since the days of Public Enemy, Cypress Hill and Run DMC. Behind all of this, Brad Wilk's drumming keeps the tricky rhythms together with a furious blend of funk and rock drumming. If you ever get the chance to see Rage live, the experience is like no other. Fight the power man!!!!

Untill I bought this album I thought a song was vastly superior to its live verson but man was I wrong. RATM breathes new life into old songs and playes them better than ever. Listening to this album was like listening to their songs for the first time again. If your considering buying this at least buy Bulls On Parade and Sleep Now In the Fire.

this is a live recording and it must have been to far from the stage ,because in most of the songs you can only hear the crowd cheering. i'd suggest you buy the album that's not recorded live. but rage agenst the mechine is still a great band. ENJOY!!!! :)

This band is unbelievable when they are live. I've never heard such energy. Buy this if your a fan, its amazing!

this is an amazing live album. I love rage against the machine, and i hope they put out a new album soon

This is the greatest live album ever put out. This is rage at their best!!

bro, i dont know what your deal is, RATM is getting back together. RAGE is sooo good. usually live performances blow but this is good, Sleep now in the fire and gureilla radio sound better than they do in the studio. this is amazing! I love Zack!

But you will not see a reunion of these guys, because they are now audioslave except for the leader singer obviously. I'd love to see it to more than anything but sadly it will never happen and the only thing left to do is enjoy their music that will be listened for years and years to come. Like the eagles final album this should be named Hell Freezes Over cause I think only the will be when we see the beauty again that is Rage Against the Machine.

these guys are fantastic, they are alomst better live than in recording. every song on here is great from the beginning to the end.

Or does every song on this CD sound better than they do on the regular albums?!?!

To me, since this album is SO good, it functions more as a "Greatest Hits" collection than a live album. They manage to stay true to their trademark studio sound, while still providing a fresh twist to some of the songs (the revised 2nd verse of "Killing in the Name" and the added lyrics in "Freedom" come to mind). If you ever thought anything that RATM did lacked effort or energy, then just take a listen to this. Energy will seeth through your speakers, just like the raw, unabashed anger of Zack's rhymes. Because of this album, I am truly sad that RATM is only a memory now, and even sadder that I couldn't be in the Grand Olympic Auditorium on the magical night. That doesn't stop me, however, from enjoying this incredible CD, one of the best live albums of all time. Easily worthy of five stars.

awesome and kickass. the only thing i dont like about it is how much it makes me miss RATM. (can i give this 34/10)

Im the first to write a review.

Music Album of Rage Against the Machine: 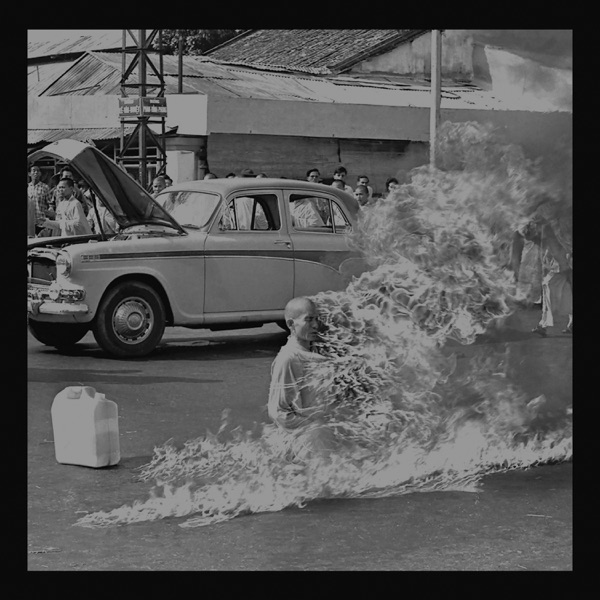 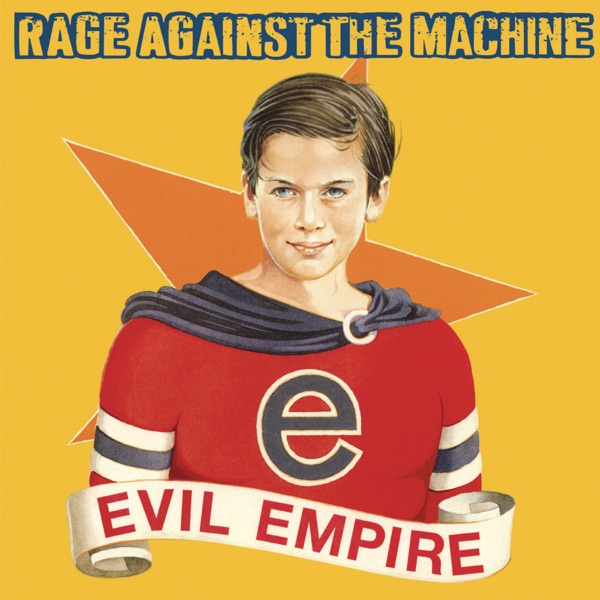 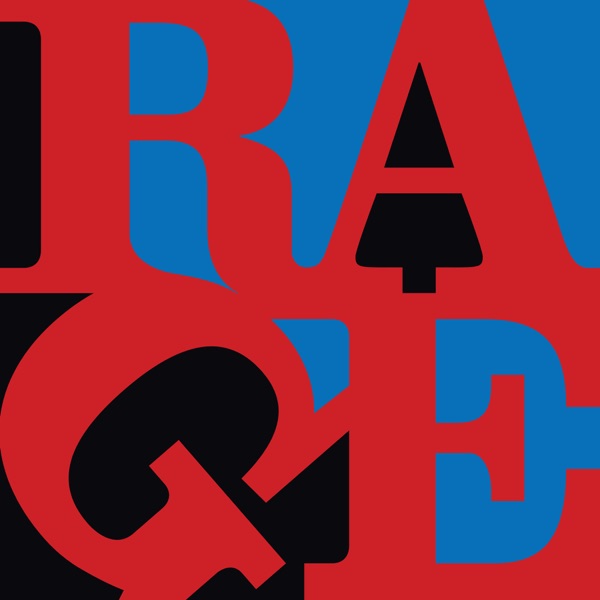 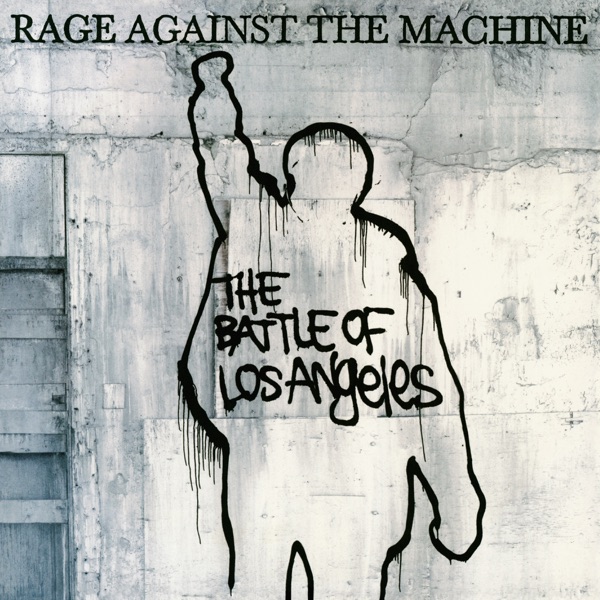 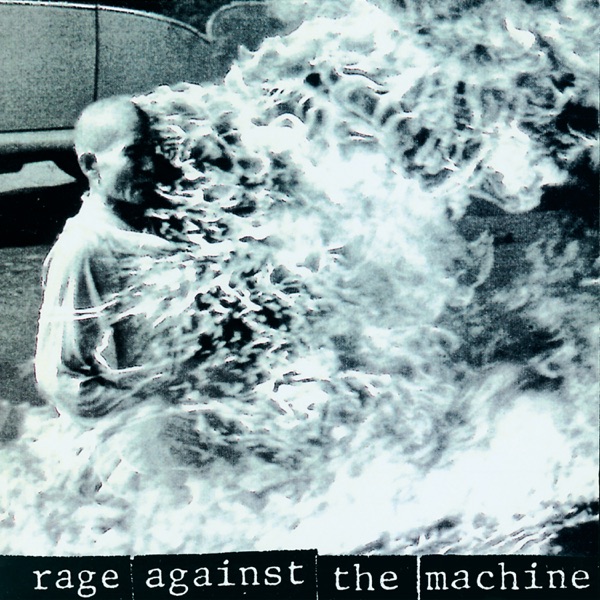